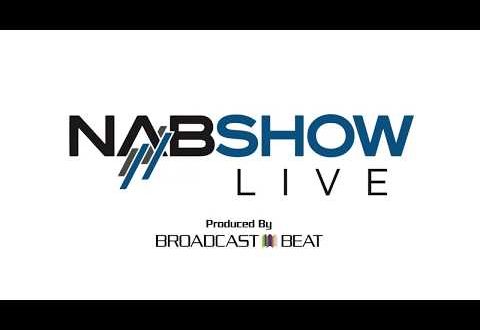 The FIRST day of The 2018 NAB Show – and the EXCITEMENT LEVEL is just THROUGH THE ROOF!!! The doors have opened officially – but me and my crews have been here for DAYS already, setting-up the control room and the podcast studio for #NABShow LIVE and we have been gathering ALL of the NAB news we can!

The NAB Show is the place to be every year and trust me, this year WILL NOT disappoint!  I’ve been coming here forever, and it truly seems like a second home to me!  So much to do… Stay blogged-in! Las Vegas, Nevada is such a beautiful city and I can’t believe how many people are crowding into the Las Vegas Convention Center for the “greatest convention on earth!”

For the past three years Broadcast Beat has live streamed NABShow LIVE and we are beyond grateful to continue with providing convention goers and people abroad the best industry coverage! From our incredible stage with robotic cameras and industry leaders in full “hot topic” discussion to our beat reporting on the convention floor we are ready to ROLL!

Here’s more from the BB Team and me at 10AM opening day getting ready to roll into the show! I’m with director Jeff Martin, cameraman Ad Santell and Audio specialist Carlos Knox!I was so excited to have the opportunity to interview “the one and only” Robin Roberts!!! YES, it was beyond out of control and all I can say is WOW! Robin you ROCK!

OK, OK. Let’s  now focus on the cool technology that we had the opportunity to checkout! Here we are with Stan Wilbert, CEO of multiCAM systems, who simplifies video production with such cool tools as AutoFraming and AutoPublishing giving all-in-one live video production capabilities to Medical and Education industries among others. Booth N6614

We spoke with Les Zellan, Chairman of Cooke. Here’s a glimpse to some of the best glass in the industry! Totally designed and manufacture of precision lenses since 1894. Check these product highlights: Cooke S7/i Full Frame Plus T2.0 Primes, Panchro/i Classic T2.2 Primes, Anamorphic/i and Anamorphic/i “Special Flair,” Anamorphic/i 45-450mm T4.5 Zoom, Cooke S4/i, miniS4/i and 5/i Primes. Booth C8635

Definitely need to meet up with James Eddershaw, managing director for Shotoku Broadcastd Systems USA. These are some fantastic robotic cameras built on high performance systems for TV studios and government / legislative applications. Systems are in daily use by a wide range of national and international broadcasters and organizations. Booth C9015

Densitron, creator of modern display technologies that meet your exact commercial requirements are in booth C9032. Come ask President Allen Chong and his expert team what they can do for you! Products include displays that offer a range of features from exceptionally high resolution to rugged, robust options with slim designs and fantastic readability.

Come check out the live models and scenes used at the Atomos booth C9425. Jeromy Young, Founder & CEO of Atomos showed Broadcast Beat how great their screens are! Seven years after the world’s most popular portable Apple ProRes recorders burst onto the scene, Atomos is delighted to introduce Ninja V – an all new compact 5.2″ 1000nit high brightness HDR monitor/recorder with unrivalled advanced features. It has a sleek modern design and weighs just 11oz – perfect for mirror-less cameras, DSLRs and gaming.

ALRIGHT! Wrapping up the day with “Managing the Present and

Envisioning the Future of Data Management”, storage and transmission with #NewTekInc President & CEO Dr. Andrew Cross. Well, that’s it for day one. It’s a wrap! Our film crews, all the interviews, all the products, we had a lot of fun today! But there’s so much more to see… And tomorrow is another day. I want to thank all of the Broadcast Beat staff for their tireless efforts today and I’d also like to thank ALL of The Show visitors, as well! Now – let’s hit them parties!!! And, until tomorrow, remember to stay blogged-in!

Catch all of the #NABShow Live Broadcasts from Las Vegas at Broadcast Beat.com!
About NAB Show

NAB Show, held April 7th-12th, 2018 in Las Vegas, is the world’s largest electronic media show covering the creation, management and delivery of content across all platforms. With 103,000 attendees from 166 countries and 1,700+ exhibitors, NAB Show is the ultimate marketplace for digital media and entertainment. From creation to consumption, across multiple platforms and countless nationalities, 2018 #NABShow  is home to the solutions that transcend traditional broadcasting and embrace content delivery to new screens in new ways.

About NAB
The National Association of Broadcasters is the premier advocacy association for America’s broadcasters. NAB advances radio and television interests in legislative, regulatory and public affairs. Through advocacy, education and innovation, NAB enables broadcasters to best serve their communities, strengthen their businesses and seize new opportunities in the digital age. Learn more at www.nab.org. 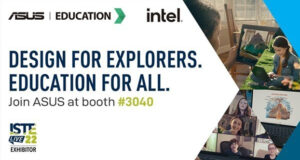