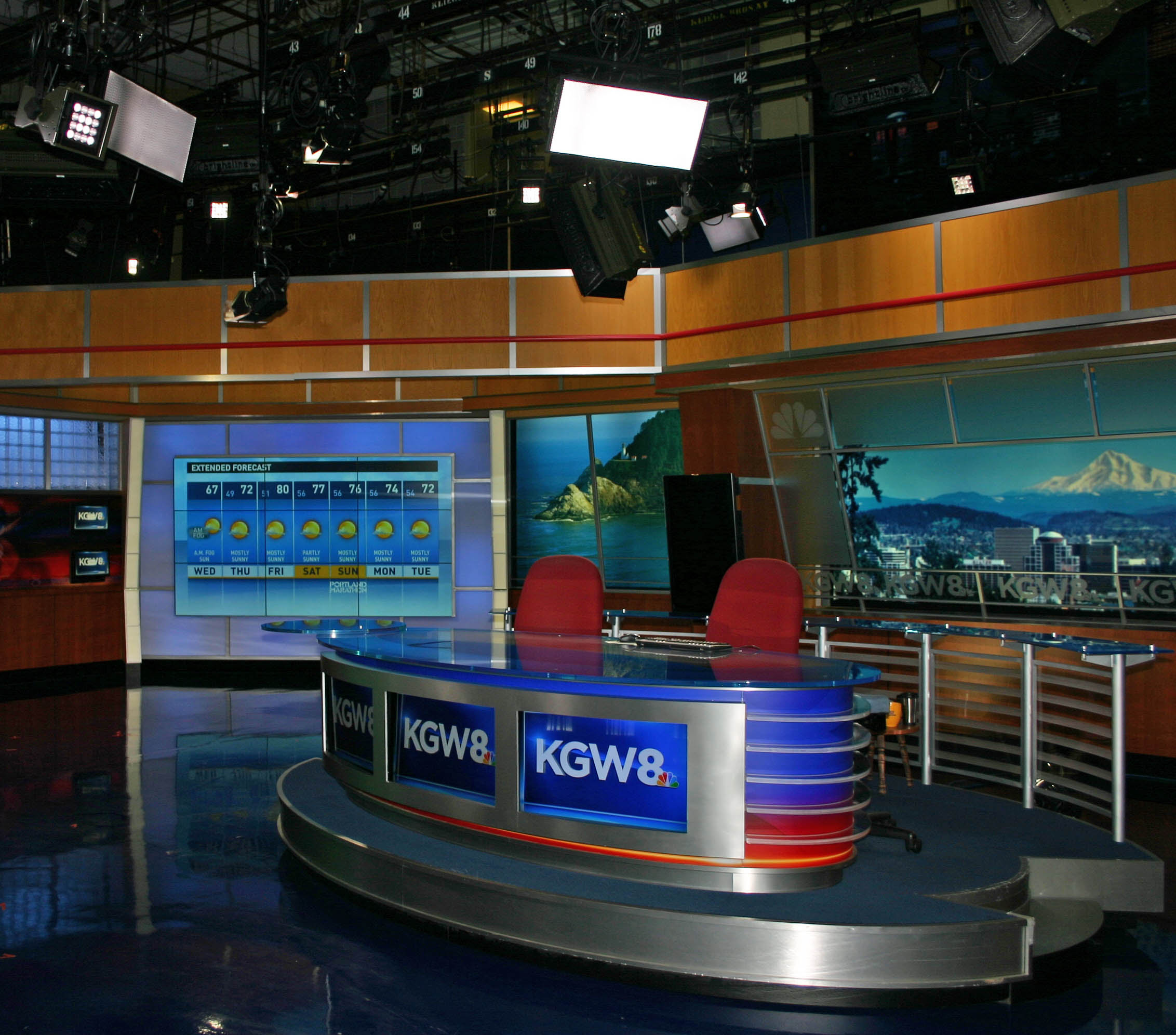 Close to 120 incandescent lights were replaced with a mix of 68 Brightline fluorescent and LED lighting instruments, which are controlled via DMX using the station’s existing ETC 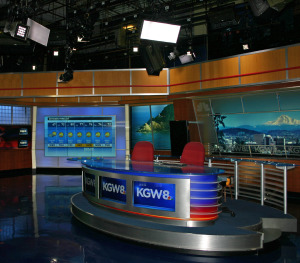 lighting console. The studio is lit with daylight balanced instruments to match shots from the station’s downtown studio, which features a background with wall-to-wall windows.

Fluorescent lights were used for the set’s base lighting because they “provide more cubic dimension of light cover at a lower cost than what we could do with comparable LED technology,” explained Joe Cervone, Brightline sales manager, who was part of the ABS installation team. “Fluorescent allows us to get the full set lit and then we sculpt with LED.”

The new Planar Clarity Matrix video wall system displays graphics and video backgrounds during show segments. Installed by KGW personnel after training from Planar, the video wall is tilted a few degrees at the top so light will not spill onto its nine 46-inch LCDs. The video wall replaced a rear projection system that had been part of the set since 2006. John Waikart, KGW assistant director of technology, said the old system “just didn’t have the ‘pop’ we needed to look good on the air.”

“Between the lighting and the new Planar wall, it feels like we have a new set,” said David Boyd, KGW director of technology. “As expected, there were some concerns with the plan to pull out the proven incandescent lighting and install new fluorescent and LED lighting, but we were impressed with the professionalism of the installation and the finished product. It looks much better than what we had before. The set has more lighting texture and more depth of field.”

Beyond a better on-air look, the new fluorescent and LED lighting also reduced ambient temperature in the studio by 87 percent, according to ABS. “Basically, minimal cooling is required for the studio now compared to the old system,” Boyd added. “We know there will be significant energy savings.”