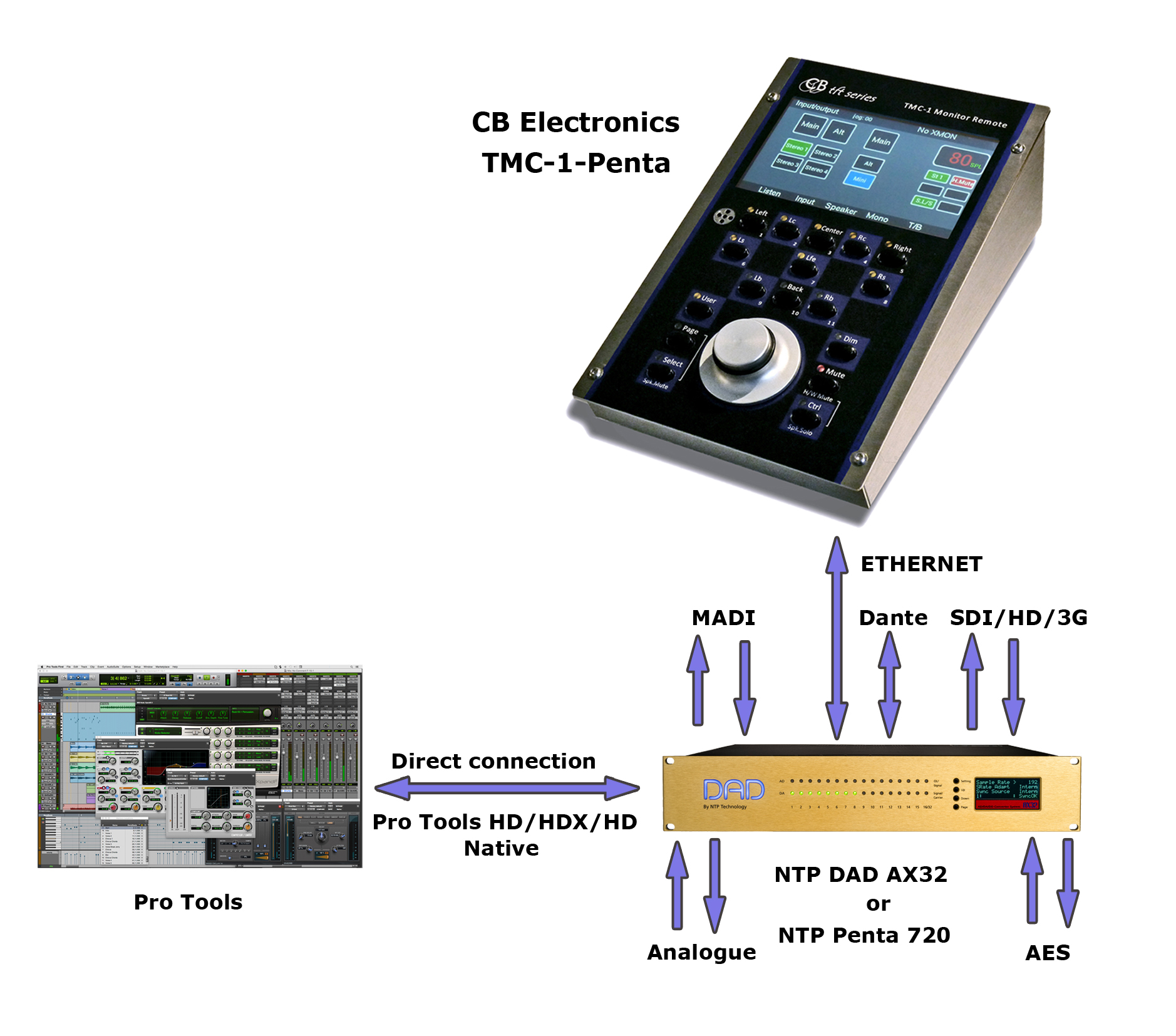 enta, which will be launched at NAB 2015. The TMC-1-Penta communicates with a NTP Penta 720 or DAD AX32 over ethernet using its native protocol either directly or over a network. The software is based on the XMON version of the TMC-1 with a number of enhancements including the ability to control up to 48 channels on its main input/output and an 8 channel wide stem mixer. The flexibility of the NTP Digital interface allows the incorporation of extra features that are not available on Avid’s XMON.

The accompanying block diagram shows how to use the TMC-1 and NTP Penta 720 or DAD AX32 for digital monitoring and DAW I/O. The Penta 720/AX32 provides all the I/O routing with 16 AES I/O channels, MADI and direct connection with Pro Tools as standard. Also available as optional cards are analogue I/O, Dante, SDI and other interfaces providing up to 976 input channels and 976 output channels.

Visit NTP Technology on the Plus 24 booth C4051, Central Hall at NAB 2015, where Colin Broad will be pleased to explain the many features of the new TMC-1_Penta.

CB Electronics are specialists in Time Code, Biphase, Serial Control and Remote Control. Colin Broad is the man behind CB electronics. For years, the film and broadcast community have relied on his expertise to solve a range of problems in the area of machine and system control. In fact, you would have to search hard to find a UK film dubbing theatre without at least one of his products, known to all as ‘Broad Boxes’. They are also a common sight in dubbing theatres across the world. Because big film dubbing theatre requirements are so complex most of the previous products have tended to involve a degree of customisation to suit individual requirements.

In 1994 Colin Broad received an Academy of Motion Picture Arts and Sciences Technical Achievement Award in the category of Sound for the design and development of EDL (Edit Decision Lister) which creates encoded time code track and database during the initial transfer of the production sound dailies.

In 1994 Colin Broad was awarded the BKSTS Phil Berkley award for his work in Video Post production.
In 1996 CB Electronics Received the Satis-Fecit for the SR-4
In 2010 Colin Broad was made a Fellow of The Association of Motion Picture Sound. 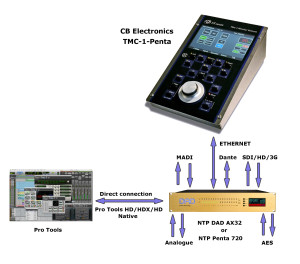 Interconnections for the TMC-1 and NTP Penta 720 or DAD AX32 for digital monitoring and DAW I/O
Further Press information: