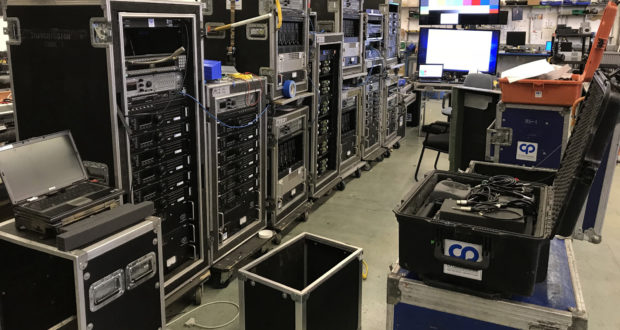 As this year’s sole RF service provider, CP Communications supported more than 40 hours of live 4K and HD broadcast content delivered to 140-plus countries each day

A significant contributor to the production team the past three years, this year marked the first time that CP Communications was entrusted with all RF transmission responsibilities. This included the management of 34 RF cameras, including five RF 4K HDR transmitters for live broadcasts by FOX Sports.  CP Communications also managed three RF X-Mo cameras for slow-motion, on-air playback; one RF Stedi-cam; and four (of 21 total) HD cameras reserved for Sky, TV Asahi and other international broadcasters.

“The sheer scale and enormity of the U.S. Open inspired Fox Sports, the domestic rights holder and primary broadcaster for the event, to split RF responsibilities among two vendors in previous years,” said Kurt Heitmann, CEO, CP Communications. “This year, all acquisition responsibilities previously assigned to another vendor were transitioned to CP Communications, based on our proven track record and recent enhancements of our 4K production capabilities.” 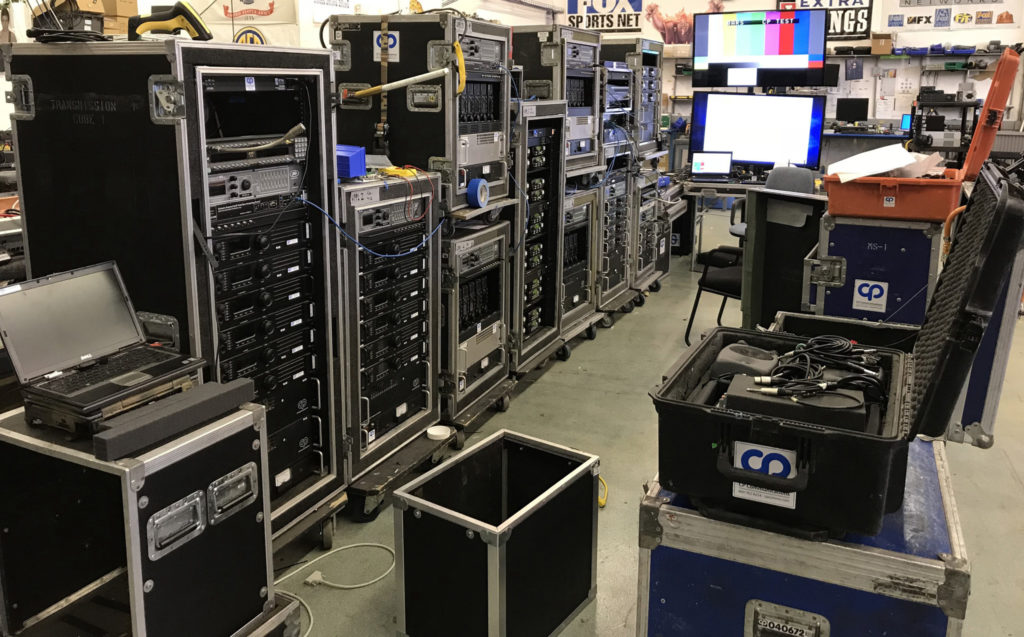 CP Communications brought its flagship HD-11 and HD-21 RF production trucks and its RF8 Fiber B-Unit truck, which accommodated Fox’s fiber-optic and communications systems, to this year’s event. The two RF production trucks were positioned adjacent to each other in the main broadcast center, where Fox Sports produced more than 40 hours of live, unique content across four channels each day to broadcasters in more than 140 countries. A split compound strategy was utilized this year, divided by a distance of over 3000 feet, to provide more space for FOX Sports oncourse technologies and staff. The remote RF Communications Center was set up near Hole 13 for managing and routing intercom channels and other audio – including 600 portable radios across more than 40 channels all tied back to the two broadcast compounds.

Brad Cheney, VP of Field Operations and Engineering for Fox Sports, notes that CP Communications’ continued investment in technology and personnel were paramount to the success of a live sports production of this scale.

“CP Communications has worked with us since the start of the USGA on FOX to advance the way we see, hear and interconnect systems to provide the most compelling multiplatform content for our viewers. CP’s continued investment in 1080p HDR and now 4K HDR transmission systems enabled another large step forward in image quality for viewers,” said Cheney. “We were able to receive multiple 3Gb/s signals across a single fiber. This allowed us to push 4K/HDR forward without incurring additional costs or time, while having the same full camera control via their IP mimo-mesh control network. This was the first show that I’m aware of that used five 4K/HDR RF cameras simultaneously for live production. We knew we were pushing the limits, and if you’re going to do that you need to have the right people to help you adapt these new technologies in real time.” 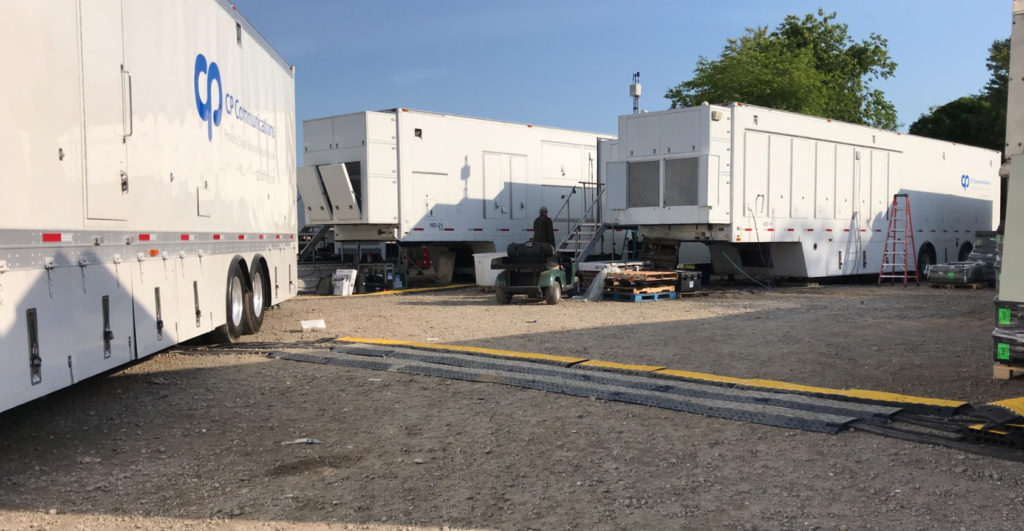 Both HD-11 and HD-21 featured RF routers with a fiber interface to allow the trucks to work in conjunction with each other. Each truck also applied MultiDyne VF-9000 fiber transmission platforms to natively accept 3Gb/s (4K) and HD camera feeds over RF from Sony cameras in the field. The signals remained in pure RF across the entire architecture before being handed to the Fox Sports team in raw form.

Heitmann ensured that he had a specific crew on top of monitoring and troubleshooting given the advanced technologies and large-scale infrastructure in place. “With the 4K cameras operating in 64QAM and running 32MB/s, we were managing a very large data payload to enable the best possible 4K and HDR pictures,” he said. “If we noticed a trailing effect in the motion of a golf swing, for example, we adjusted the data rate down to 28MB/s so that the Wave Central RF encoders and decoders could keep up with the movements, and better manage the payload.”

He continued, “There will always be glitches in live production, but we achieved complete coverage with very minimal flaws. This was a mission-critical, high-pressure event that dwarfed the Super Bowl in RF infrastructure, and we are proud to have played such a significant role.”