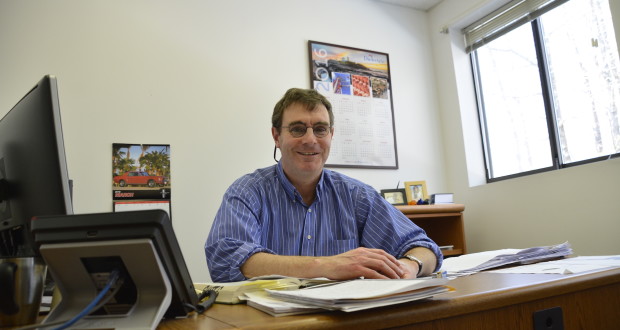 RAYMOND, Maine – March 29, 2016 – Dielectric, a pioneer in purpose-engineered antennas and RF systems for TV and radio broadcasters, has fortified its engineering team to minimize operational disruption for its customers in anticipation of the TV spectrum repack, and prepare for a post-repack future as over-the-air broadcasting moves into its next phase.

In addition to adding experienced broadcast engineering talent, Dielectric has established a dedicated research and development team led by VP of Engineering John Schadler. Through John’s expertise and visionary leadership, this team will consistently invest in people, software tools, engineering facilities and manufacturing resources to ensure continued innovation in a rapidly changing market both in the U.S. and internationally. 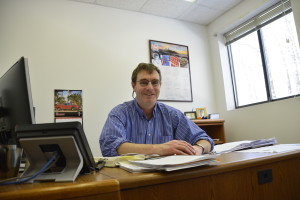 “In the U.S. specifically, broadcasters anticipate both temporary and permanent redesigns of their RF plant and tower structures due to TV channel reassignments, which will also affect FM and HD Radio broadcasters sharing sites with TV stations,” said Keith Pelletier, vice president and general manager, Dielectric. “The expansion of our engineering and R&D teams assure we are fully prepared for the multi-year repack period as well as post-repack markets, including low-power TV via our Powerlite turnkey solutions, FM system upgrades, and digital TV and radio transitions across international markets.”

Pelletier notes that the people at Dielectric always been a key company strength, and the return of Jim Butts is a key example. Jim served as Senior Mechanical Engineer for Dielectric from 1997-2005, overseeing the design of some of the industry’s most complex high-power antenna projects including a rooftop Empire State Building installation; and a unique triple-stack antenna system on the Willis Tower in Chicago. Jim returns to the company to manage the new dedicated R&D team, reporting to Schadler. His experience on the R&D side includes antenna design and structural analysis software still used by various Dielectric sales and engineering teams today.

Jack Chandler and Jim Chadwick bolster the Dielectric engineering staff as Veteran Designer and Proposal Engineer, respectively. Jack joins Dielectric with more than 30 years of experience related to the mechanical design of broadcast antenna systems, and specializes in the use of 3D CAD software for detailed system modeling. Jim’s decade-plus of experience as a broadcast systems applications engineer positions him as a valuable asset for TV stations as they plan and budget for spectrum repack activities.

These important personnel additions follow several months after the appointment of Jay Martin as Vice President of Sales.  Since returning to Dielectric in December – he spent 23 years at Dielectric prior to joining Radio Frequency Systems (RFS) as a global wireless and broadcast infrastructure specialist – Jay has been hard at work preparing his TV and radio customers for the forthcoming repack-driven changes.

“Dielectric has been a leader in passive RF for nearly 75 years, but much has changed both in the U.S. and abroad since the original digital TV transitions, both in the form of product and deployment timelines,” said Martin. “In the U.S., we are taking the stress out of the repack process with innovative tools such as the Repack Planning Guide, updated antenna system planning software, and an enhanced product portfolio specifically designed for the unique needs of the repack. However, our investment in engineering and R&D talent will ensure we maintain our leadership role in the industry worldwide.”

Based in Raymond, Maine, Dielectric LLC is a wholly owned subsidiary of Sinclair. Dielectric is a leading provider of innovative broadcast products. From remote stations to major markets, Dielectric has been delivering solutions for every need since 1942. Dielectric is an innovative, customer-centric organization with a long history of engineering excellence in designing and manufacturing high-quality broadcast solutions. The Company is a trusted partner of broadcasters worldwide. More information can be accessed at www.dielectric.com