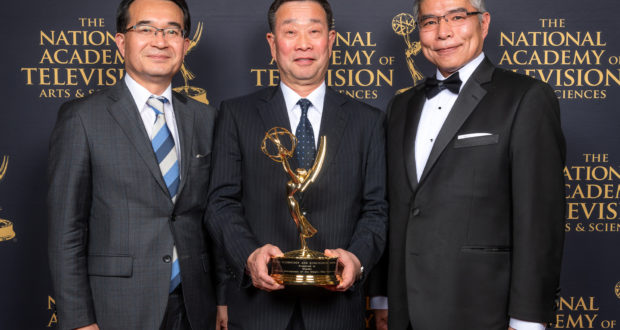 Woodbury, NY, May 22, 2019 — Hitachi Kokusai Electric America, Ltd. announced today that Hitachi has been honored with a Technology and Engineering EMMY® award from the National Academy of Television Arts & Sciences (NATAS) for pioneering development of the single-chip color video camera. 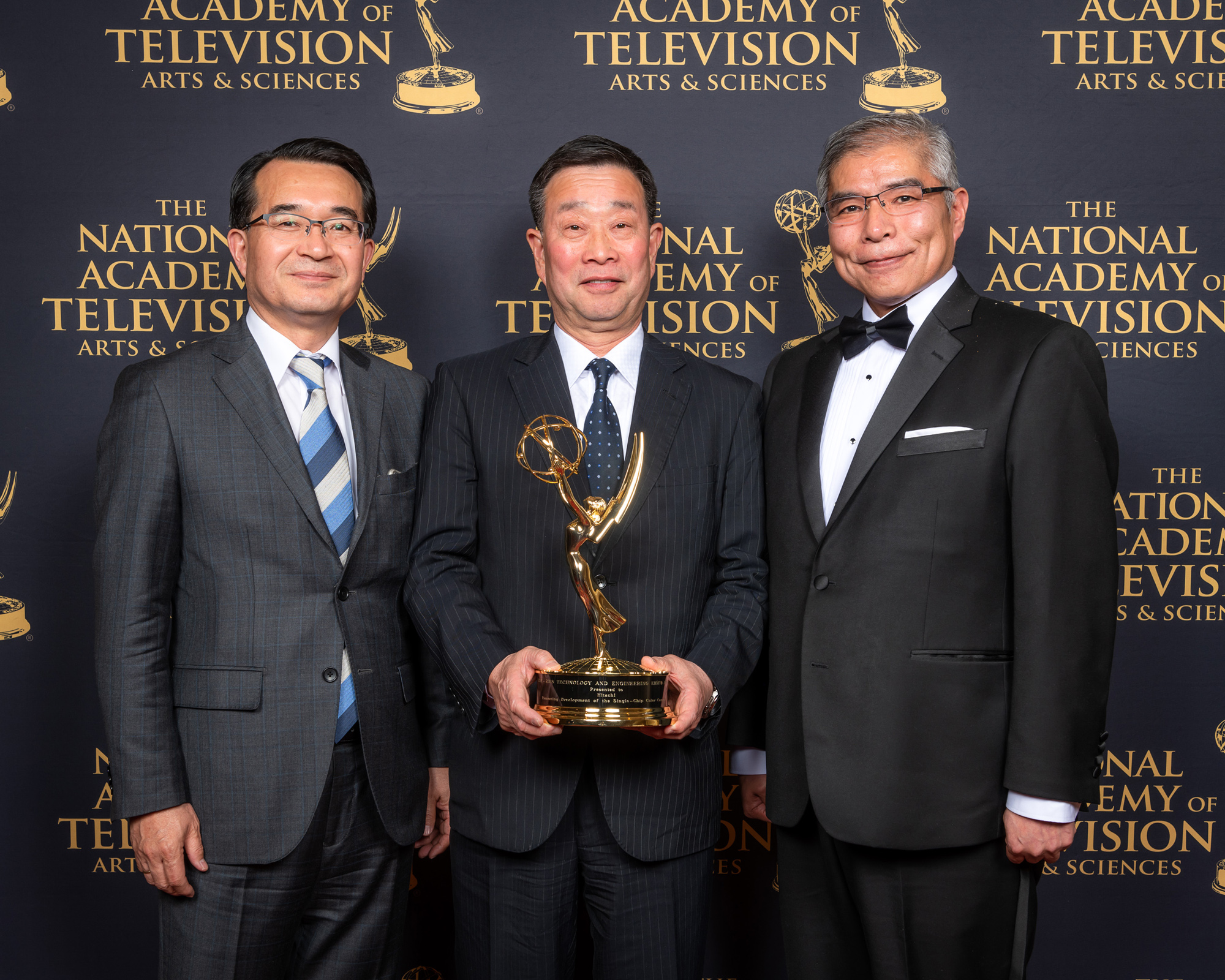 The EMMY® award was accepted by Koji Takaichi, President and CEO of Hitachi America, Ltd., at the 70th Annual Technology & Engineering EMMY® Awards gala. The event was held in partnership with the National Association of Broadcasters (NAB) on April 7 in Las Vegas during the 2019 NAB Show. Hitachi was recognized for this award alongside four fellow video equipment manufacturers and two individual developers.

The Technology and Engineering EMMY® Awards honor development and innovation in broadcast technology. They recognize companies, organizations and individuals for breakthroughs that have a significant effect on television engineering and a material impact on the television viewing experience.

Hitachi co-developed the patented Saticon camera tube used widely in the television industry until the advent of solid-state imagers, and in 1982 released the MOS sensor based VK-C1000 camera, the first commercial single-chip product.

“The awarded technology was first commercialized in 1982, and is still operating in our professional video cameras from Hitachi Kokusai Electric, Inc.,” Mr. Takaichi said in his acceptance speech.

Hitachi Kokusai has a rich history of delivering high-performance, professional camera innovations for more than 60 years, and continues to be at the forefront of HDTV, 4K and 8K camera developments while actively championing emerging technologies such as High Dynamic Range (HDR). Its ongoing research and development of advanced camera sensors continues today, with its latest CMOS imaging technology at the heart of the new SK-HD1800 studio and field production camera that made its debut at the 2019 NAB Show.

“We are proud of our history of innovation, and we are honored to be recognized by NATAS for our role in the development of single-chip color camera technology,” said Toshihiro Matsuzaka, President and CEO, Hitachi Kokusai Electric America, Ltd. “We continue to work hard on developing new technologies and offering them in practical and affordable solutions to address the evolving needs of broadcasters and video professionals in today’s dynamic media landscape.”