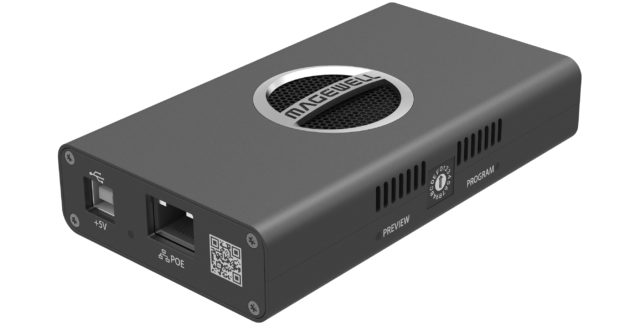 “The use of live, IP-based media transport has expanded from its roots in content distribution to become an integral part of many professional production workflows, giving customers massive flexibility while helping reduce deployment costs,” said Nick Ma, CEO and CTO at Magewell. “NDI has been one of the key enabling technologies driving this transition. While some new products such as cameras support NDI directly, many customers want to use their current equipment with NDI-compatible production software. The Pro Convert HDMI 4K Plus and Magewell Bridge for NDI give users a choice of easy-to-use, cost-effective and reliable hardware or software solutions to connect their existing sources to NDI-enabled networks, systems and software.” 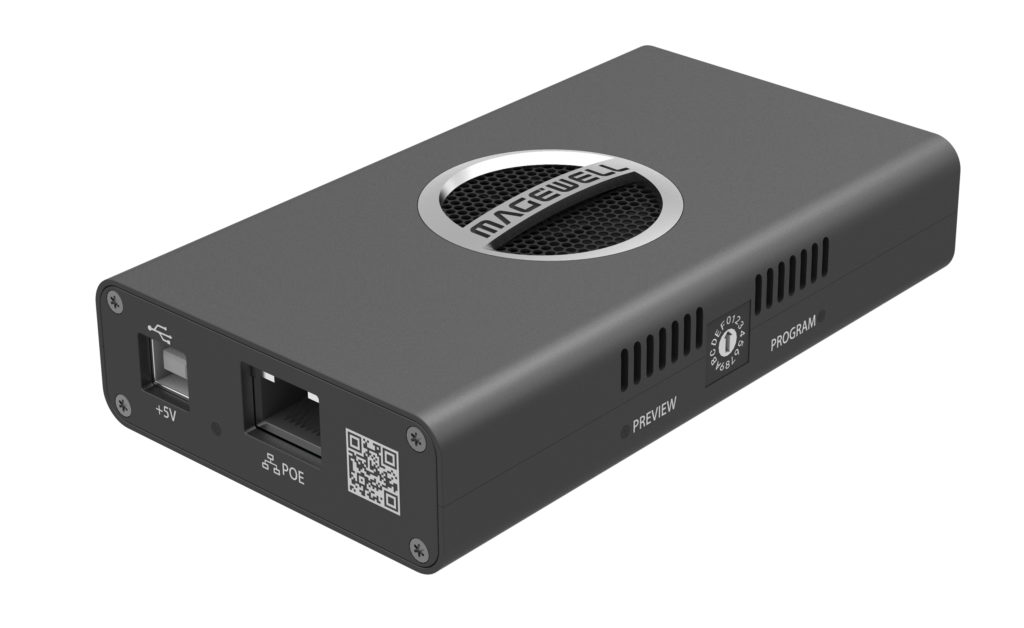 Supporting the growing adoption of 4K video in professional production workflows, the Pro Convert HDMI 4K Plus transforms sources up to 4K Ultra HD at full 60 frames per second. Measuring just 117.5mm by 66.7mm (4.63” by 2.63”) and 23.4mm (0.92”) thick, the exceptionally compact and energy-efficient device can be powered over its Ethernet connection (PoE) or the included power adapter. The Pro Convert HDMI 4K Plus can make HDMI input signals from any type of device available on a network as an NDI source, and offers value-added features for camera-mounted use including tally lights and NDI-based PTZ camera control. Additional Pro Convert models – including 1080p60 configurations for users requiring only 2K or HD resolution – are also planned.

For existing users of Magewell ingest products or customers who prefer a software-based conversion solution, Magewell Bridge for NDI allows video and audio from any Magewell capture device to appear as a live source to any other NDI-enabled software and systems on the network. Running on the Windows operating system, the software is compatible with Magewell’s USB Capture and USB Capture Plus external devices, Pro Capture PCIe cards and Eco Capture M.2 hardware. 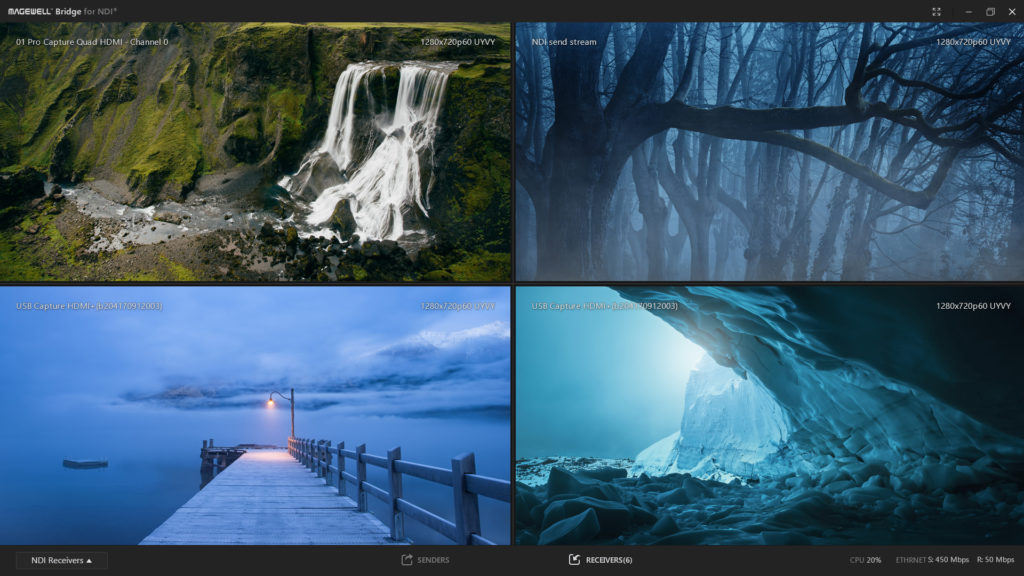 The Magewell Bridge software supports all resolutions and frame rates available through the associated capture device – including Ultra HD video with Magewell’s 4K capture models – plus up to eight channels of audio. The software can convert multiple input channels to NDI simultaneously when used with multi-channel capture card models or several Magewell capture devices in the same computer.

About NDI – NDI is in use on millions of devices and allows multiple video systems to identify and communicate with one another over IP. NDI can encode, transmit and receive many streams of high quality, low latency, frame-accurate video and audio in real time. This benefits any network-connected video device, including video mixers, graphics systems, capture cards, and many other production devices. This makes it possible to exponentially increase the number of sources available for live production switching, without directly attaching to devices, changing locations, or investing in expensive, high-bandwidth networks that simply replace SDI-based workflows. #NDIcentral

Copyright 2018 Nanjing Magewell Electronics Co, Ltd. All rights reserved. NDI is a registered trademark of NewTek, Inc. in the United States and other countries. All other trademarks are the property of their respective holders. Features, pricing, availability and specifications are subject to change without notice.