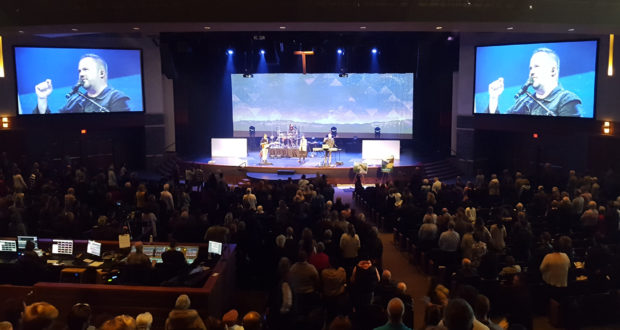 Approximately 3000 people gather each weekend at FAC Calgary to attend one of the church’s three Saturday evening and Sunday morning services. Replacing their aging, standard-definition analog equipment as part of a major upgrade initiative, the church found the Z-HD5500s to be a perfect fit for their goals and environment.

“When I first saw the Z-HD5500 camera package at the NAB Show, I knew right away that it was exactly what we needed,” said FAC technical director Paul Nadeau-Bonilla. “The cameras are so versatile, we can use them for our current studio-style application in our main sanctuary, as well as for ENG-style video acquisition in the future. The price point was also compelling, but the biggest thing for me was that they work well with LED lighting in the church world. We have some less-expensive LED lights, so we wanted a camera that would provide flicker-free video despite the varying refresh rates of these different fixtures.” 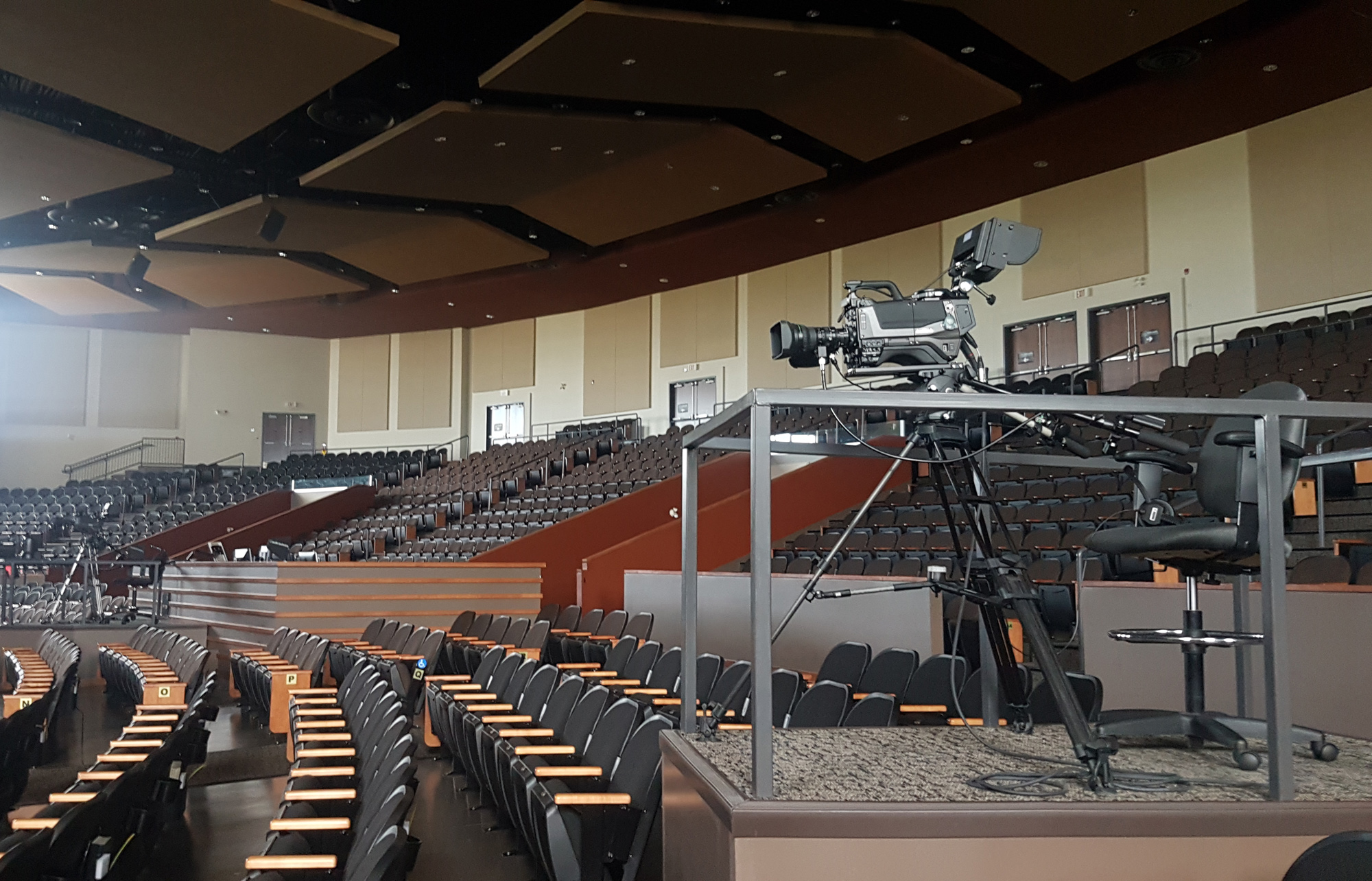 Supplied by systems integrator Applied Electronics, the Hitachi cameras have exceeded Nadeau-Bonilla’s high expectations for their LED lighting reproduction. “I expected the Z-HD5500s would overcome the challenges of the LED lights, but I was even more impressed once we installed them and started using them,” he said. “With our previous system and LED lighting, it drove me nuts that the colors of what you saw in the house and what you saw on the screen didn’t match, particularly in the blue spectrum. Nice mauves or purples would show up as blue on the screen. The Z-HD5500s are so much better, and are really great at picking up different tones of LED blue. Now, what you see on stage is what you see on screen as well.”

Under the guidance of video director Russell Moore, the church’s volunteer video team creates separate productions for online streaming and for IMAG on the church’s two 24-by-13 foot Stewart Filmscreen front projection screens on the sides of the stage. “IMAG is about helping those in the room see what’s happening on stage more clearly; streaming is about conveying the full experience for those not in the room,” Nadeau-Bonilla explained.

“During music and worship, what’s on IMAG is the same as the stream, but during preaching they are different: a close-up shot from the center camera on the side screens, and a combination of close-ups plus wider contextual shots in the stream,” he continued. “The Z-HD5500s and the Fujinon lenses that came with them allow us to get in nice and tight on the subject with a really sharp image. The video looks stunning on the side screens – absolutely gorgeous.”

FAC Calgary chose equipment from Ross Video including a Carbonite Black 2S switcher as part of their HD upgrade, and were pleased to discover the tight integration between the Hitachi cameras and the Ross Dashboard open control and monitoring platform. “It’s difficult to find volunteers who like shading, as it’s one of the less glamorous positions on the video crew,” said Nadeau-Bonilla. “The integration allows the director to shade the cameras using Ross Dashboard while also doing his other duties, which is a big asset.” 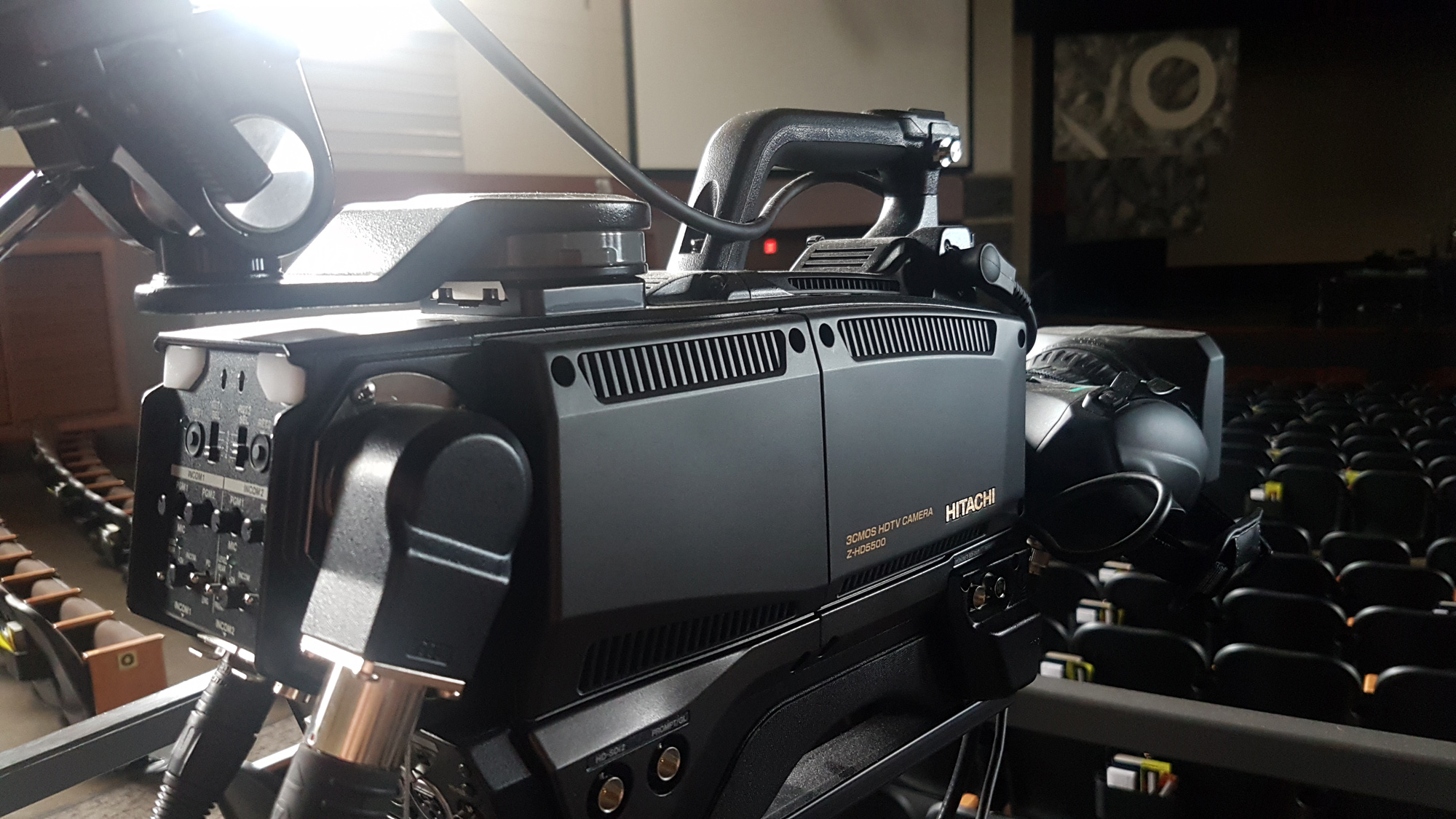 Most importantly, the new cameras have helped the church meet their goals of improving the visual experience for worshippers both on-site and online. “Our congregants and online viewers have been thrilled to bits with the quality,” summarized Nadeau-Bonilla. “The Z-HD5500s look good and perform really well, so we’re very happy with them.” 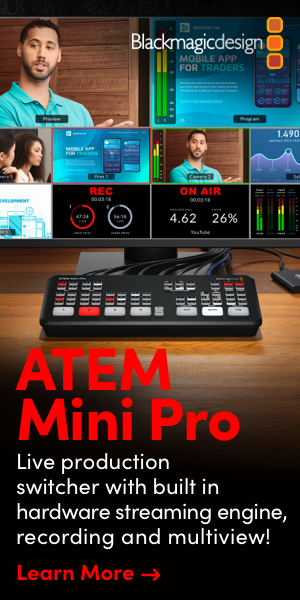